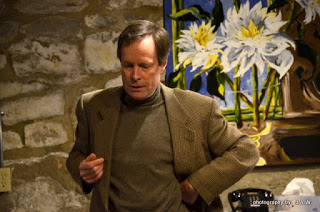 Upon graduation with a B.A. in Drama and Theatre Arts from the University of Waterloo, Jay collaborated with Echo-Logical Theatre to create “Healthspell” an educational theatre product sponsored by the Ontario Ministry of Health.

Jay was Company Manager for The National Tap Dance Company of Canada (1981-1984). The Tap Company toured most major theatre centres throughout Canada, the United States and Bermuda.

1989-1993 Jay designed and implemented a mobile stage project for the Ontario Lottery Corporation. The mobile stage was tractor-trailer unit with hydraulic stage, lights and sound for use at fairs, festivals and events.

From 1997-1998 Jay was special projects developer with The Gravenhurst Opera House. Jay founded ShowBizKidz a youth drama training program and “A Taste of Muskoka” a media event hosting travel writers from across Canada.

For 8 years (1999-2007) Jay was Marketing and Development Associate with Theatre Collingwood, a professional company producing primarily summer theatre seasons. Jay founded “Act Up” a youth drama training program and Jay worked as an actor with the company.

2008- 2018 Jay operated Pandora’s Sox-Puppets and Entertainment. 5 shows for seniors, 3 shows for children. Milestone: two tours of the Ottawa area in conjunction with the Puppets Up International Puppet Festival held in Almonte ON.

In 2016 Jay created “The Elocutioner” a one-man show for The Guelph Fringe Festival and a Christmas radio adaptation of “A Christmas Carol”. Jay also acted in Barrie’s Theatre-By-The-Bay production of “We Must Have More Men – the story of Barrie during The Great War”.

Jaywalking Tours
Storyteller, actor, puppeteer, elocutionist, vaudevillian, writer, producer, director, and now - tour guide. Over 40 years in the theatre both as administrator and performer, Jay operated a one-man puppet company, Pandora's Sox for 8 years. Jay's love of local history combined with a flair for storytelling, makes him the perfect choice to lead these tours!

Those Were The Days - Story Sharing Workshop

It's official. The next sessions for the senior's story sharing workshop have been announced. Back by popular demand! 8 virtual sess... 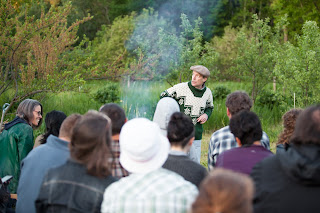